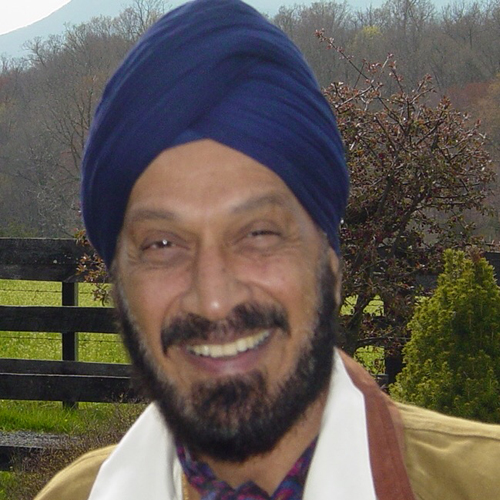 Pham Chopra has more than 40 years of experience in transforming individuals and communities so that they achieve their greatest potential.

Pham finds fulfillment in his charitable work as a volunteer for the AKAL Institute. He has sponsored over 1000 people with substance addiction, offering them unconditional love and assistance 24 hours a day, many of whom he still speaks with regularly several decades later. He found his calling over 41 years ago out of his own experiences. His mission is mentoring and guiding people through the process of recovery from alcohol and substances. Substance addiction is a leading cause of death worldwide and a blight on the very social fabric – e.g. communities, families and workplaces - of our daily lives.

But, as he often states to the people he shepherds in recovery: “all of this I have, because I learned early on that in opening your heart and giving time and compassion unconditionally to those in need.” All healing begins with a change in beliefs.

Pham earned his undergraduate and graduate degrees from the University of Michigan, garnering numerous awards and honors including membership in the prestigious National Engineering Honor fraternity, Tau Beta Pi. He worked as Naval Architect and Marine Engineer, promoted from one prestigious position to another. In a career defined by a commitment to excellence in science and engineering, coupled with his passion for the human condition, Pham is recognized as a transformative leader of the 21st century. 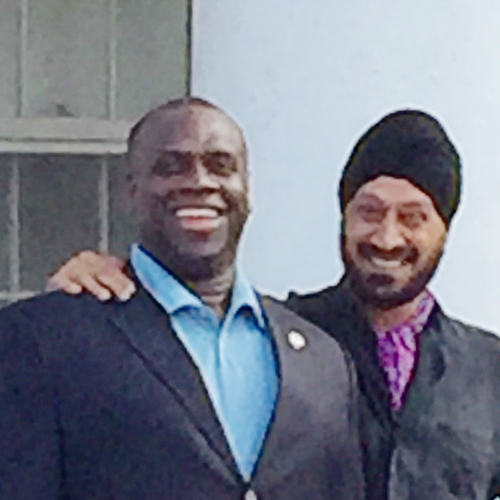 In gratitude for his own recovery he now reaches out to others. Pham has sponsored over 1000 people who are substance abusers, offering them unconditional love 24 hours a day.

Today Pham’s life is better than ever, and he has found continual success and peace he never thought possible. He is forever aware that it is one day at a time. In gratitude for his own recovery he now reaches out to others. He has worked with over 1000 people with substance abuse, offering them unconditional love 24 hours a day. Among those he assists are famous athletes, ministers, and successful businessmen, in addition to those in need without wealth or prestige.

Pham continued the legacy of the people who aided his recovery toward emotional sobriety. He founded the Akal Institute in 1988 and the II-Step House in 1990. II-Step House was a treatment facility where help was offered to those wounded by alcohol and substance addictions. II-Step house was based on Pham’s belief that if he, completely broken, could recover, anyone could. The journey of helping others first started as having to do it to do it and has transformed to wanting to do it with a renewed awareness that hopeless despair can be reversed to sobriety and recovery – one step at a time. Within II-Step House, the arms of many a ‘Teacher’ reach out with a home to the many imprisoned by addiction.

Pham’s slide to the bottom began as a teen, however he was a functioning alcoholic for years. His life was full of a continual string of academic and career accomplishments. Success and accomplishment were common and expecting in his family. His renowned physician father and siblings enjoyed successful careers in medicine and political science. Pham, himself was a top performer as a graduate of the University of Michigan and a member of the Tau Beta Pi, the National Engineering Honors society. Although his PhD remains incomplete, because he showed up drunk to his oral exams.

He began his career as a Research Scientist and quickly advanced to a Sr. Scientist on the lead destroy class program. His work earned him commendation from the department of defense and Naval War College. From the pinnacle of these achievements, he crashed to the very bottom. He was diagnosed as an acute chronic alcoholic with minimal potential for recovery. Although only 32 years old, his body had deteriorated so much that he had constant tremors. His eyes couldn’t focus. His liver barely functioned. Worst still was the stranglehold that fear, and panic had on him. His suffering was constant (feeling separate, alone and distant). The alcohol once provided a solace and an escape. The moments of peace promised by a drunken stupor had once been worth the days of hell it cost. Eventually, no matter how much he drank, the alcohol no longer provided an escape.

Two hospital stays and the best treatment money could buy failed to help Pham. After leaving the hospital against medical advice with no place to live and no job prospects, this former senior scientist had to borrow a dime to call for help. Help came in the form of ‘the 12 Step Program.’

The program gave Pham the first glimmer of hope he had detected in years. It promised him that things would get better. Unable to believe this or even to write it down, he asked the teacher to put the words on paper: It will get better. Pham carried this paper, a symbol of hope, in his wallet for 14 months, reading it over and over as he struggled to believe the words. Like a loving father, the teacher gave Pham unconditional love and support during those first months when he could barely hang on to sobriety.

In 1985 Pham was approached by a few prominent individuals in the Washington DC area who were recovering from this devastating illness in search of a mentor to guide their healing. Pham gratefully shared what he freely received with a new understanding that helping another recover to a happy, useful and whole life was a gift.

Through this journey, Pham became aware that the application of only clinical and behavioral solutions offered by prominent treatment facility were not enough to ensure a high probability of success. The conventional treatment centers merely cleared the mind and body to begin this process to break the destructive pattern.

His own experience, and his work with others, brought Pham to an understanding of that the problem was not the substance, the problem was the illusion of the individual being separated from their personal power. The substance was a temporary solution, which created many disorders. Additionally, it was easier to get sober, the challenge was to stay sober.

It is said, the David, is in the Marble. The right solution is a process and program that uncovered the true obstacles in a person’s life and a structured program to restore personal power (replacing illusion of drugs and alcohol). The solution is the awakening, awareness and reconnection of personal power. Once awakened, we are then prepared to face any challenge, while we continue to improve by walking the talk, one day at a time.