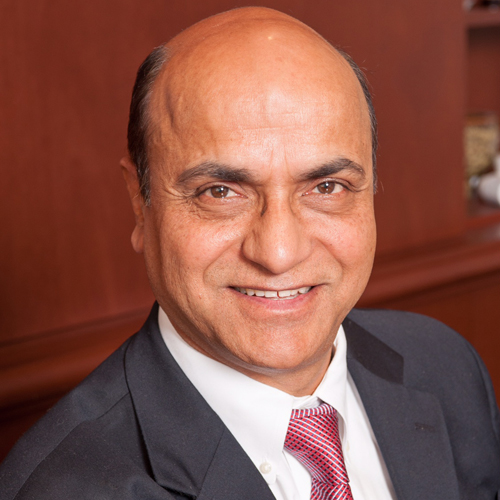 Dr. Shailinder Sodhi was born and raised in Himachal Pradesh, India. Growing up near the Himalayas, he developed an early interest in Ayurvedic plants and herbs. His curiosity gradually turned into passion and, in 1985, he received his Bachelor’s of Ayurvedic Medicine and Surgery (B.A.M.S.) from Dayanand Ayurvedic College in Jalandhar, India. He moved to United States of America to further his education in medicine. He initially obtained a degree in Diagnostic Ultrasound. He received his Doctor of Naturopathic Medicine degree in 1993 from Bastyr University in Kirkland, Washington.

Since becoming a licensed family practitioner in the state of Washington, patients from all over the world come to him to receive holistic medical care. Dr. Shailinder tends to patients alongside his wife, Anju Sodhi, N.D., at the Ayurvedic and Naturopathic Clinic in Bellevue, Washington. Plus, he sees patients in Arizona and on the island of Kauai in Hawaii. He also serves as President of Ayush Herbs Inc., the leading manufacturer of high quality Ayurvedic herbal formulas in the US.

In addition, Dr. Shailinder became a faculty member and adjunct lecturer on Ayurvedic and Naturopathic medicine in 1998 at Bastyr, the naturopathic medical school he attended. He played a pivotal role in the opening of the first US accredited Ayurvedic program. He recently joined the Bastyr University health clinic as the supervising doctor for the Ayurvedic department.

Over the years, Dr. Shailinder has become a crucial advocate in the US for natural approaches to healing via yoga, meditation, Ayurvedic medicine, and a holistic lifestyle. He writes educational pieces for magazines such as HSR, Whole Foods, and Vitamin Retailer. In his free time, he loves singing, composing music, and hiking the beautiful Pacific Northwest with his three children and dog.